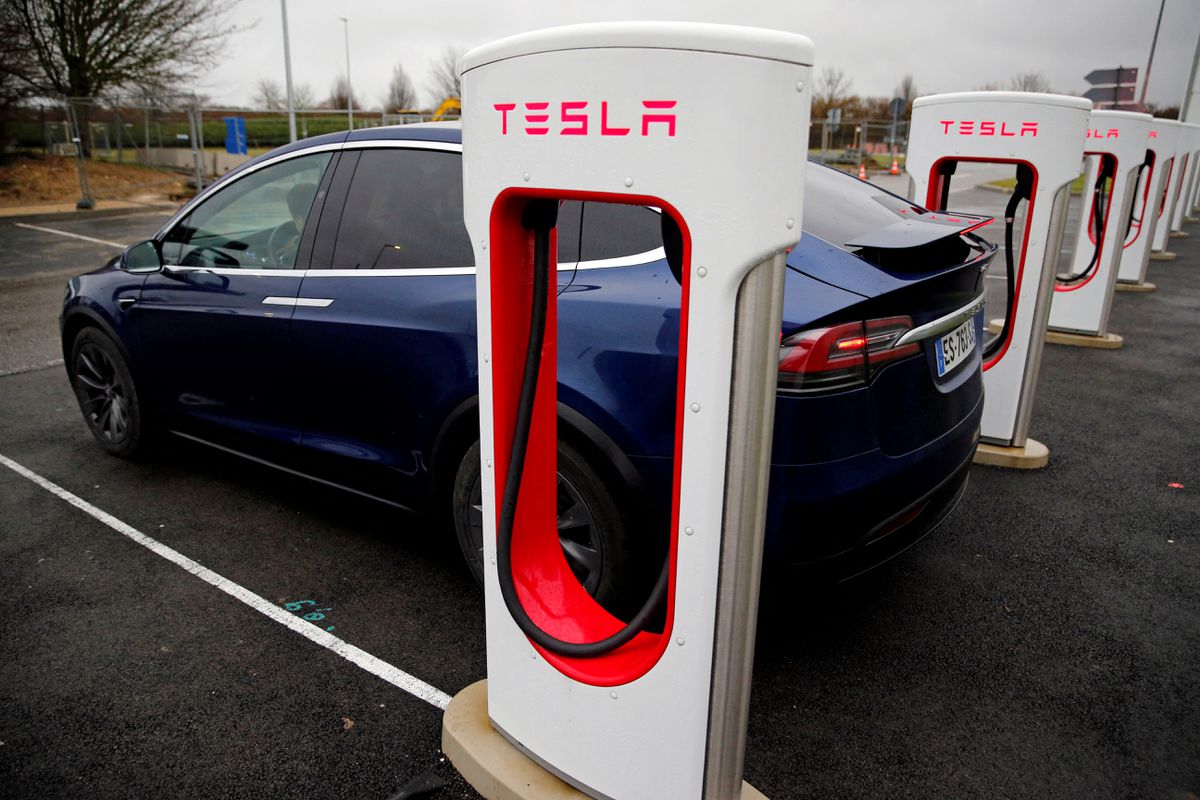 Tesla’s (TSLA.O) announcement on Monday that it will seek shareholder approval to increase its share count in order to enable a stock split adds to a recent wave of megacap companies splitting their shares in a bid to attract more investors.

Tesla said in a filing it would hold a vote at its upcoming annual shareholder meeting to increase the number of authorized shares in order to enable a stock split.

A stock split by Tesla, which would have be approved by its board of directors, would be the electric car maker’s second since 2020, and it would follow stock split announcements by other major U.S. companies in recent years.

In the past two years, Apple (AAPL.O), Nvidia (NVDA.O) and Tesla (TSLA.O) have split their shares, while Amazon (AMZN.O) and Google-parent Alphabet (GOOGL.O) have recently announced upcoming share splits.

Companies split their shares to make their stock prices appear less expensive and appeal to more investors. However, splitting a stock does not affect its underlying fundamentals.

Still, BofA Global Research said in recent research note that stock splits “historically are bullish” for companies that enact them, with their shares marking an average returns of 25% one year later versus 9% for the market overall.

Tesla’s stock surged 8% on Monday, adding over $100 billion to its stock market value.

Amazon has gained about 20% since March 9, when the ecommerce heavyweight announced a stock split that will take effect on June 6. That compares to a 7% gain in the Nasdaq (.IXIC) during the same period. During that time, Wall Street has also seen a broad rebound in megacap growth stocks following losses earlier this year, as well as volatility related to rising interest rates and Russia’s invasion of Ukraine.

Tesla was the most traded stock among Fidelity’s online brokerage customers on Monday, with buy and sell orders almost evenly split, suggesting retail investors are cautious about the company.

Since joining the S&P 500 in December 2020, Tesla has been one of its most heavily weighted stocks, currently accounting for over 2% of the index. It has gained about 300% since announcing its first stock split in August 2020.

Other S&P 500 companies with nominally high share prices, which analysts say could hint at a future stock split announcement, include Chipotle Mexican Grill (CMG.N), up 0.1% on Monday at $1,558, as well as Booking Holdings (BKNG.O), trading near flat at about $2,247.

What is the meaning of absolute returns in your ULIP?