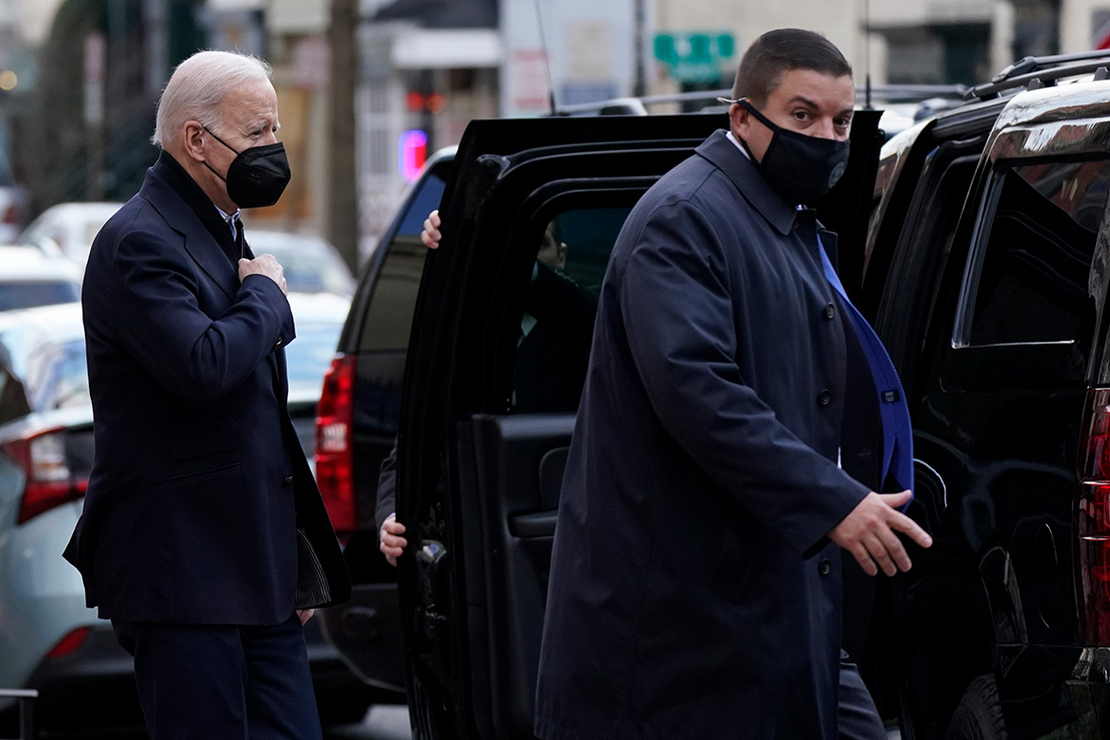 President Biden today unveiled a $5.8 trillion fiscal 2023 budget proposal that would continue his push for more spending across agencies on climate change, clean energy and conservation without offering any major, new environmental or energy policy initiatives.

The request, nearly two months late as fiscal 2022 spending was only finalized earlier this month, emphasizes bipartisan spending ideas and deficit reduction ahead of the midterm elections (E&E Daily, March 9).

It would propose a new tax on the wealthy but does not contain many of the more ambitious ideas from Democrats’ proposed climate and social spending bill, known as “Build Back Better,” that has stalled on Capitol Hill.

In a statement this morning, Biden said the budget “sends a clear message that we value fiscal responsibility, safety and security at home and around the world, and the investments needed to continue our equitable growth and build a better America.” The statement did not specifically mention climate or energy initiatives.

The budget proposal outline shows discretionary spending, the money Congress provides annually to agencies in the 12 appropriations bills, would increase to $1.7 trillion for fiscal 2023. Those dollars would rise to $829 billion for domestic agencies (a 14 percent increase) and $813 billion (a 4 percent increase) for defense accounts.

According to budget documents, a total of $44.9 billion would go across agencies to tackle the climate crisis, a $16.7 billion increase over fiscal 2021 enacted levels. Because the omnibus was not finalized until a few weeks ago, the budget proposal does not include fiscal 2022 comparisons for the same spending, and as a result the topline is inflated.

Perhaps the best option for understanding where funding will land in fiscal 2023 is reviewing last year’s budget request and what the omnibus ultimately funded. Congress repeatedly scaled back large increases sought by Biden for climate and energy agencies to more modest ones to win bipartisan backing.

Congress always rewrites a president’s budget priorities, but in an evenly divided Senate, more modest increases, like those seen in fiscal 2022, are likely the only option for the administration and Democrats if they want to get spending bills enacted.
Biden also has pushed a new minimum tax on the wealthy in the budget, an idea popular with Democrats but one that seems unlikely to gain Senate traction. The tax would require households worth over $100 million to pay taxes on at least 20 percent of their full income.

The White House sees that new tax revenue as vital to achieving its goal of cutting the deficit by $100 billion annually over the next decade and halving it to $1.4 trillion for fiscal 2023 (E&E Daily, March 28).

The White House also says it would save $3.4 billion in fiscal 2023 and $43.5 billion over 10 years by repealing fossil fuel tax breaks. Biden floated the idea last year, too, but it has not gained much bipartisan traction in Congress.

Biden’s request does not specifically endorse any plan to lower gas prices in the budget, an acknowledgment that there might be no easy way to curb spikes in oil amid the Ukraine war.

The White House also acknowledged it did not propose any spending or savings from the proposed “Build Back Better” legislation, saying it was leaving space for congressional talks.

Office of Management and Budget Director Shalanda Young is due before the House and Senate Budget committees tomorrow and Wednesday, respectively, to outline the budget request for lawmakers.

South Carolina Sen. Lindsey Graham, the top Senate Budget Republican, previewed upcoming GOP attacks in a statement this morning, saying the administration is “not serious” about deficit reduction. He argued that final fiscal 2023 spending will require even more increases to defense spending.

“The budge [request] restates the president’s previous position, abandoning the parity principle between defense and non-defense appropriations. This proposal ignores the world’s increasingly dangerous global security environment and the need for the United States to invest in its people and capabilities,” he said.

House Appropriations Chair Rosa DeLauro (D-Conn.) praised many ideas in the budget proposal, including Biden’s willingness to “confront climate change,” but also acknowledged that compromises would be coming.

“We must work together to get our spending bills over the finish line — no one chamber or party can do it alone,” she said.