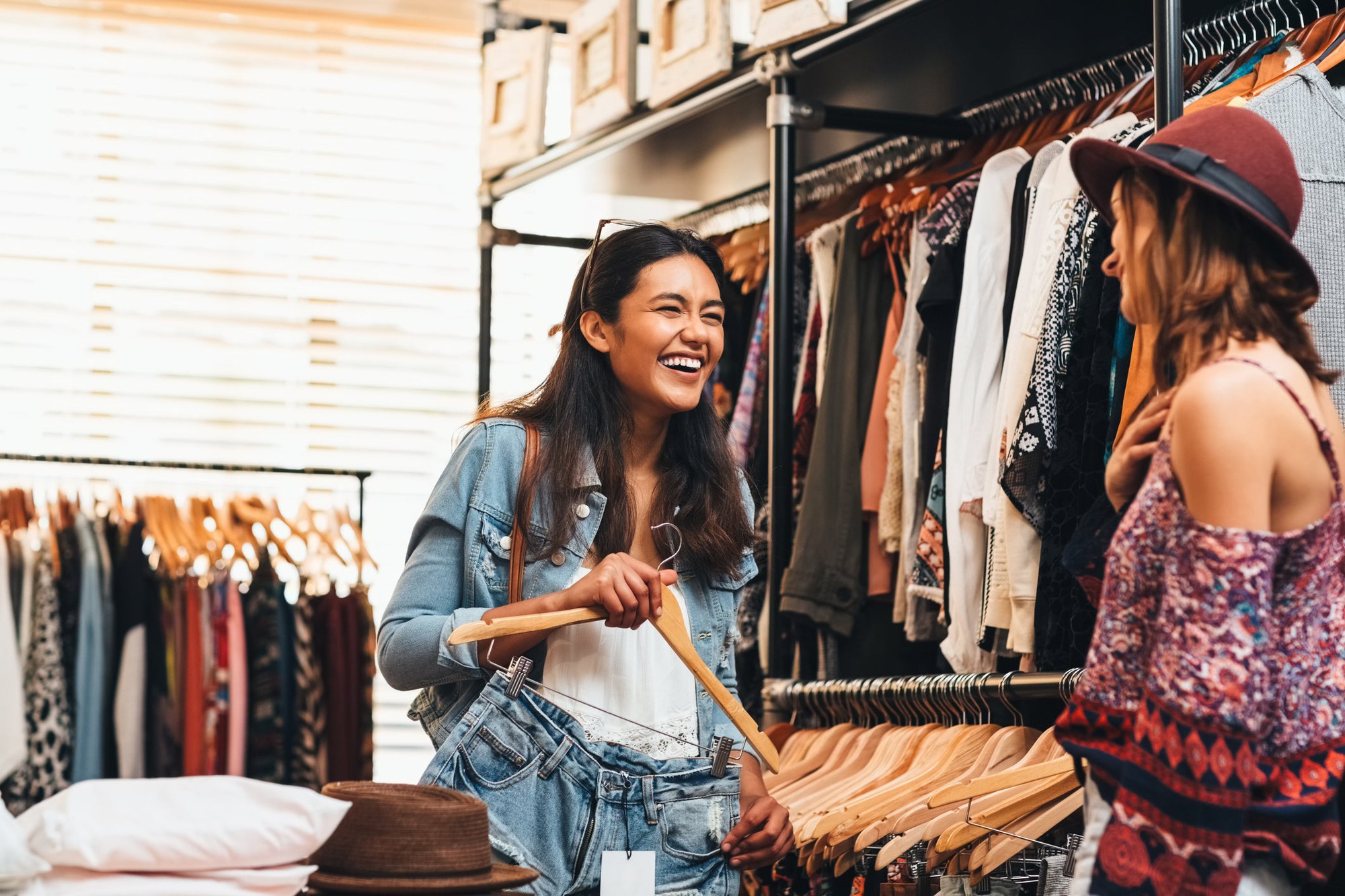 Physical retail may not be dying after all.

When the COVID-19 outbreak hit U.S. soil in 2020, many retailers were forced to shutter temporarily. That dealt the sector a major blow.

But even once those restrictions were lifted, many consumers shied away from in-store shopping and opted to do their purchasing online instead. That trend, in fact, continued well into 2021, even with the widespread availability of COVID-19 vaccines and booster shots.

In light of that shift in consumer shopping patterns, many investors have been hesitant to add retail REITs to their portfolios — and understandably so. E-commerce posed a threat to physical retail before the start of the pandemic, but the events of 2020 only exacerbated that situation. And over the past two years, many retailers have made the decision to close stores and divert resources to ramping up their online business.

That makes the idea of investing in malls and shopping centers less appealing. But new data shows that physical retail actually staged a pretty nice comeback in 2021. And that could make retail REITs a more viable prospect.

On a global level, in-store sales grew 8.2% in 2021 to over $21 trillion, according to data from eMarketer. That represents a higher number than what was spent in 2019. Meanwhile, total retail sales in North America rose 15.2% in 2021 on a year-over-year basis.

Not only did in-store sales pick up in 2021, but eMarketer expects that trend to continue in 2022. In fact, it anticipates that physical stores will see more new spending this year than e-commerce.

Investors should still proceed with caution

While this data paints a more encouraging picture for physical retail, the sector isn’t out of the woods. Though health concerns may no longer be a barrier to in-store shopping, consumers’ habits can be hard to break. And since so many people are used to making purchases online, they’re likely to continue doing so for the convenience factor alone.

Furthermore, many retailers are expressly focusing on ramping up their e-commerce sites and spending less money to renovate existing stores or open new ones. That alone is a sign that physical retail may be on a slow but steady decline.

Compounding the issue for mall properties in particular is the fact that department stores have been dropping like flies in recent years — and some of that predates the pandemic (hello, Sears). Since malls commonly rely on department stores to serve as anchor tenants, losing them is a notably harsh blow — one that could threaten malls’ very existence.

All told, the retail apocalypse may not quite be upon us. And based on the data above, there’s reason to believe that retail REITs could actually have a strong year.

But it’s important to understand the risks involved before putting money into them. And investors looking to dabble in the world of retail REITs may want to stick to big-name players in that space, such as powerhouse mall operator Simon Property Group ( SPG 0.03% ).

Despite a rocky climate for physical retail, shares of Simon Property Group are actually up over 18% from one year ago. And given its vast portfolio of Class A properties, it’s a more solid bet for those looking to enter the retail space.