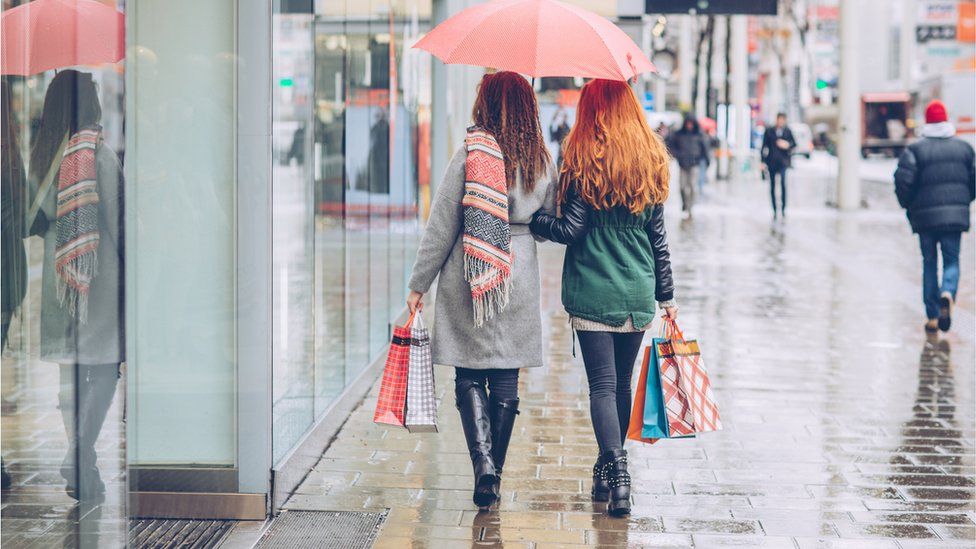 Falls in alcohol and tobacco sales may have been linked to increased confidence in going out to pubs and restaurants, the Office for National Statistics said.

Online sales volumes fell by 4.8% over the month following strong growth in December and January.

“There was a notable decline for companies that predominantly trade online, following a strong performance over the festive and new year period.”

She pointed out that more consumers went out to pubs and restaurants during the month, hitting retail food sales.

More socialising, as well as many of us returning to the workplace, meant it was a good month for clothing and department stores with people looking to expand their wardrobe.

But household goods and many other stores reported a decrease, she said.

“Feedback suggested February’s stormy weather could have had an impact, while increased travel following the lifting of England’s Plan B restrictions at the end of January drove fuel sales above their pre-pandemic level for the first time,” Ms Bovill added.

While online sales volumes fell in February, that followed strong rises in December and in January.

And the online sales boom helped by the Covid pandemic continues, with sales volumes in February still 33.2% above their pre-coronavirus February 2020 levels.

But the proportion of retail sales that were online fell to 27.8% in February 2022, the lowest proportion since before the pandemic lockdowns in March 2020 when it stood at 22.7%.

“Fortunately, weekly footfall on the UK high street started to pick up in March, as the weather improved, but in February the thousands of businesses we work with said it was extremely challenging and this data reflects that.”

Lisa Hooker, consumer markets leader at PwC, said that despite a strong recovery by the retail sector over the last year, “there are already signs that the cost-of-living crisis is hitting confidence”.

“Almost all of the slowdown in sales in February was accounted for by a decline in non-grocery sales,” she added.

And the coming months could be disruptive for retailers, said Aled Patchett, head of retail and consumer goods at Lloyds Bank.

“The impact felt from the cost of living crisis is expected to become particularly acute quite quickly,” he said. “There is also the effect the conflict in Ukraine is having on certain supply chains, still struggling to recover from the strains of the last two years, and the uncertainty the situation creates for businesses. ”

Struggling households are facing increased pressure from rising prices with inflation up 6.2% in the 12 months to February – the fastest rise for 30 years.

Prices are outpacing wages and the Bank of England thinks inflation could hit double digits this year.