Amid wealth and tech surge, two jobs still necessary for many in Miami-Dade 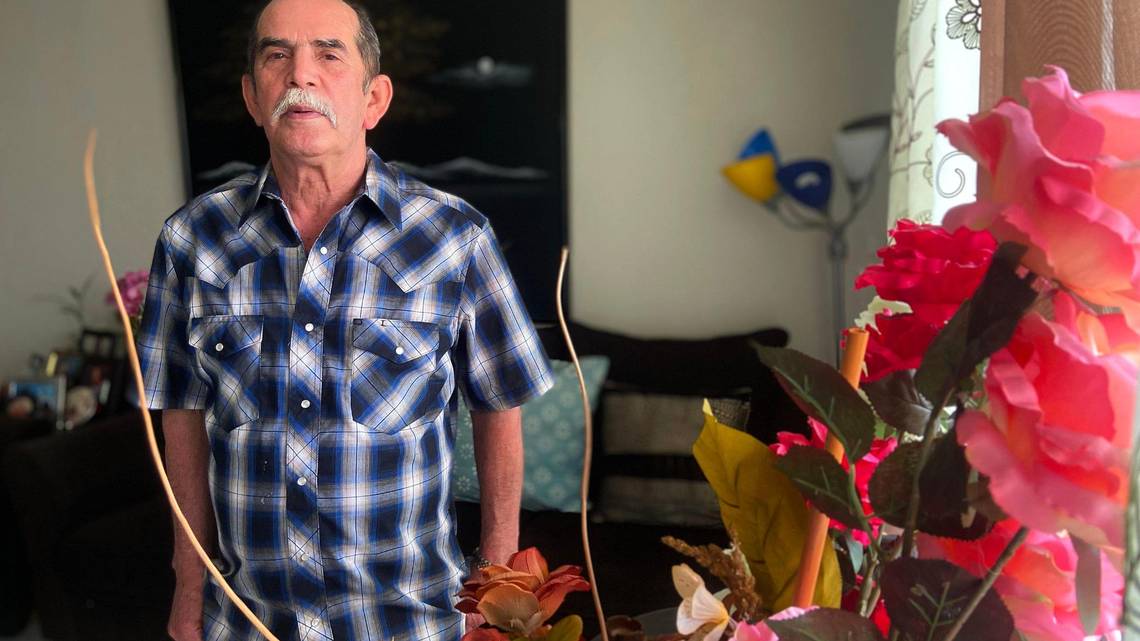 Elsa Romero’s body hurts most mornings. It’s the result of having to work two jobs as a janitor to support herself, her two dogs, and have enough money left to buy the life-saving insulin to treat her diabetes. For Manuel Baez, a second job would help him pay the bills. He recently lost his position working nights cleaning an office tower in Doral. Now, he gets by working the night shift at another nearby resort.

Their two stories reflect the financial demands the lowest rungs of Miami’s services workforce face amid surging inflation and crushing rent increases. Those economic trends are overshadowing South Florida’s overall strong wage growth last year. It’s all come alongside the long-sought push to reorient the local economy towards technology jobs, as high-profile firms from Blackstone to Microsoft have promised to add hundreds of new positions here.

We have to do it. I have to do it. I’m already 58 years old,” Romero said of her workload. She added: “It’s very difficult when you don’t have money to pay your bills, to pay electricity. And in my case, it’s very difficult to pay for my insulin.” Elected officials have begun to take steps addressing the cost burden and earnings gap. Miami-Dade landlords must now give a 60-day notice before raising rents more than 5%. The county and the city of Miami were also recently part of a $15 million investment geared toward hiring tech faculty at Miami Dade College to make the area’s workforce better trained and ready for tech employment. And Miami elected officials led by Mayor Francis Suarez have set aside more than $5 million from MiamiCoin proceeds for rent relief — with more money likely on the way. And, many workers will benefit from the ongoing $1 an hour annual wage hikes, after the Florida voter mandate in 2020 to ultimately boost the minimum wage from $8.56 to $15 an hour by 2026. But it is likely service workers like Romero and Baez will continue toiling for low pay. “If Miami [companies] paid decent salaries I wouldn’t have to work a second job,” Baez said. “But I do because it’s so expensive. If I didn’t have to work a second job, I would have more time to spend with my family.”

WEALTH INFLUX By any measure, the amount of wealth in the Miami area is at all-time highs. Per-capita personal income grew to more than $57,000 in 2020, the most recent year for which U.S. Bureau of Economic Analysis data are available. Miami received a record $4.6 billion in startup investments last year, according to research group CB Insights. And after a banner 2021, the value of Miami real estate has soared: The volume of single-family home sales in Miami-Dade worth more than $1 million was up more than 6% year-over-year in February, according to real estate firm Miller Samuel. And wage growth has accelerated — up by 6% last year in South Florida, according to Bureau of Labor Statistics data cited by Bloomberg, compared with 2% growth at the dawn of the pandemic a couple years ago. That’s the biggest rate increase of any U.S. metro, Bloomberg found. In theory, even the lowest-wage workers also have more bargaining power than ever thanks to a record number of job openings available.

But in practice, some local employers are still proving unwilling to raise wages to levels they need to be to adjust for current living costs. It’s one reason why just 8% of Miami-area residents would be able to afford a new home at the median sales price, according to Ned Murray, associate director of the Jorge M. Pérez Metropolitan Center for economic and housing research at Florida International University. That midpoint price in Miami-Dade for a single-family home was $536,000 in February. “A lot of employers think it means raising wages by $1 or $2, but that’s not going to allow them to hold on to the best workers,” said Wendi Walsh, secretary/treasurer of the Miami chapter of UNITE HERE, a labor union that represents hospitality workers. “Workers have no choice but to seek the highest paid job right now.” She cited food services giant HMS Host, which employs hundreds of workers at Miami International Airport, as an example of a company that recognized it needed to raise wages by as much as $4 an hour to retain staff. Many of them would otherwise be prepared to leave for a firm like Amazon that is able to pay as much as $18 an hour to new hires, Walsh said. HMS did not respond to a request for comment. “I think all those employers are in stiff competition now to attract employees, especially with demands that the county reopen all the stores there,” Walsh said. EMERGING DATA

The data showing the impact of surging wealth on lower-income workers is still emerging. But two data sets may be instructive. The first show Miami-Dade lost population between July 2020 and July 2021 — about 30,000 individuals. At the same time, inequality fell to its lowest level since 2014.

This could suggest that more Miami-Dade residents are getting priced out of the county — making the reduced inequality merely a function of poorer residents’ absence. “If [front-line] workers are getting priced out of communities — if they’re barely able to make ends meet, barely afford healthcare themselves, then obviously we have a broken system, and we need some very serious interventions that can level the playing field,” said Zaina Alsous, organizing director at the Miami Workers Center, a nonprofit that represents disenfranchised communities. “Right now, we’re not seeing a level playing field for essential workers in Miami.” She said local rent shocks are hurting workers who’d already seen their wages stretched thin amid broader cost-of-living increases. She noted there had been 20,000 evictions in Miami-Dade since the pandemic began.

“This situation is forcing them to be in impossible situations, even while we rely on their labor day to day,” Alsous said. UNION INFLUENCE For many local janitorial workers, pay and working conditions are likely to improve in the coming months. As many as a dozen cleaning services companies, representing about 75% of qualified commercial space in Miami-Dade, have agreed to a framework of a contract with unionized janitorial workers. It’s a development that precedes the current wealth boom, and it’s not clear to what extent local economic factors will shape contract negotiations. A spokesman for the South Florida Cleaning Contractors Association, the newly formed group representing janitorial employers, declined to comment. Labor officials said talks are ongoing. For Romero, a contract would mean job stability, even if it doesn’t necessarily allow her to stop working multiple jobs. Romero played a key role in a multiyear effort to organize her workplace at Miami Tower downtown. In addition to supporting herself, she also tries to send money to her two adult daughters. Although she owns the trailer where she lives in the city’s Little River neighborhood, she must pay a fee to lease the land on which it sits, and faces the prospect of that fee increasing.

“Ideally what we want is everyone to have just one job where you earn a living wage, that would be what’s fair,” she said. “Thankfully at my job the environment has changed. We’re able to meet and talk freely — it’s wonderful because before when they weren’t letting us talk about the union, weren’t letting us organize. We felt we always had to be hidden.” In fact, many newer companies to the South Florida market, whether they are cleaning contractors or building developers, have proven more amenable to hiring union workers compared with longtime Miami office stakeholders, said Helene O’Brien, Florida coordinator for SEIU 32BJ, which represents janitorial workers. “Some of the companies coming from outside the market have been very helpful in convincing ones here that the sky is not going to fall if you work with a union,” O’Brien said. “The ones that are from outside have experience in other markets, so they’re not as anti- or afraid; they realize this is a good thing.” NO LUXURIES In the meantime, Baez, 68, is pinching pennies. He’s been laid off twice in the past year, most recently after new owners took over the Westside Plaza complex in Doral. The new co-owner of that office, Denver-based Ascentris, did not respond to a reporter’s request for comment left via a voicemail message. Baez said the rent at the Hialeah Gardens apartment he shares with his partner and sister has gone up $300 this year.

The salaries aren’t enough here to survive on one job alone,” Baez said. Besides work, heading out on the town has become a distant dream. “I don’t go out. I don’t buy myself any kind of luxury,” he said. “I try to save money as much as possible because we can’t survive on one job alone here. This is why it was so difficult to lose that other job.” Still, he thinks a better life is possible. “I would love to be able to work just 8 hours a day, then I could live my life happily,” he said. “I could spend time with my family. Now, I’m working all the time, for just pennies.”